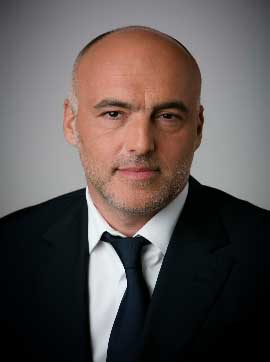 Stephane Chaouat is one of the most trusted tax lawyers in France, he advises corporations, financial institutions, investment funds, family offices, HNW individuals and families on their most complex queries. He is known for his ability to prevent tax  disputes through well rounded negotiations as well as to provide the strongest defense, and wins, in tax litigations. Stephane is one of the very few specialists who can provide assistance in tax controversies associated to criminal proceedings, as these situations are multiplying since the end of 2018.

Stephane joined Quinn Emanuel from Weil Gotshal & Manges where he headed their tax department in Paris for 17 years, including 8 as managing partner. He started his career at Cleary Gottlieb Steen & Hamilton, where he practiced in Paris and in New York.

He has been consistently praised by clients and his peers in leading ranking publications such as Leader's League, Chambers, and Legal 500, while maintaining strict confidentiality and discretion for his clients.

He received a master in tax law and a DESS in international taxation from Paris Assas in 1994 and 1995 with the highest honors and he graduated from top French business school HEC in their major of fiscal strategy.

He is bilingual in French and in English.