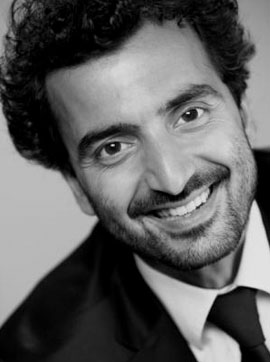 Kami Haeri joined the firm’s Paris office in 2017 as Chair of Commercial Litigation and White Collar practices.  He regularly advises French and foreign clients on matters involving commercial and corporate disputes and white collar crime.  He has acquired significant expertise in international compliance and routinely assists companies with investigations conducted by French or foreign regulators.  In 1997, Kami was appointed to the prestigious Conférence du Stage, the French Bar’s 200+ year old moot court competition, which annually selects the 12 best candidates out of more than 150 applicants. As part of his duties as Conférence Secretary, Kami tried over 150 criminal cases as lead counsel, ranging from misdemeanors to murders, and pleaded extensively before French criminal courts of all levels.

Kami is a former member of the  Bar council, where he served from 2011 to 2013. He was more specifically involved in the litigation ethics committee and on legal education policies and strategies. Kami remains deeply committed to the bar association and chairs the Paris Bar’s open committee on “business litigation”.  Kami also regularly serves on the faculty of several Universities and Institutions: he teaches “Dispute Resolution” at Sciences-Po Paris, “Litigation Strategies and Tactics” at the Paris Bar School and “Criminal Procedure” at the University of Cergy. Kami also serves as an expert in criminal law for the Institut Montaigne, one of France’s most prestigious think tanks, for which he has drafted two reports: “The Reform of Custody” (2011) and “The Reform of Indictment” (2014). As an attorney,   Kami has lectured on a variety of subjects including compliance, criminal liability of entities, class actions, digital transformation in the legal professions, trial practice and criminal law.

In October 2016, French Minister of Justice Jean-Jacques Urvoas commissioned Kami to draft a comprehensive report on “The Future of French Lawyers”. The 130-page report includes 50 proposals covering topics such as legal education, ethics, digital transformation, management of law firms and has garnered much praise within the legal community in France and across Europe.

In 2020, Kami was asked by the French Ministry of Justice to author a report on “The Reform of the Legal Education of Attorneys”.

Kami has been listed in 2021 as one of the “Top 40 lawyers of the French CAC 40” by Forbes Magazine. He has also been regularly listed by GQ Magazine as one of the 30 most powerful lawyers in France.