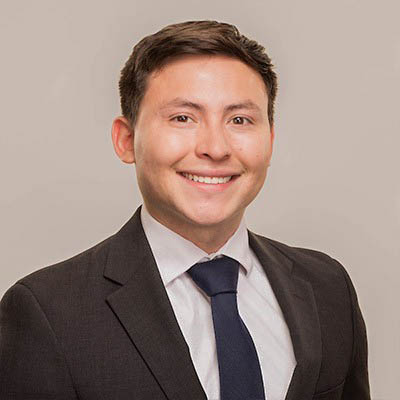 Victor Palace is an associate in Quinn Emanuel’s Washington DC office.  He joined the firm in 2022.  Victor’s practice focuses on intellectual property litigation.  He is licensed before the United States Patent and Trademark Office and other jurisdictions nationwide.  He handles matters in various fields of technology, including computer software and programming, artificial intelligence, computer hardware, wireless communications, semiconductors, data and signal processing, circuits, and chemistry.

Prior to joining the firm, Victor worked as a research assistant at the University of Colorado Boulder as an undergraduate student, where he conducted research in the fields of wireless communications and organic chemistry.  For his work, he was awarded the Outstanding Undergraduate Research Award.  During law school, Victor worked at the University of Florida as a patent fellow, where he would conduct prior art searches in several areas of technology, including the fields of electrical, mechanical, and genetic engineering.  He was also a member of the Florida Law Review, where he was awarded the Gertrude Brick Prize for the Best Note.