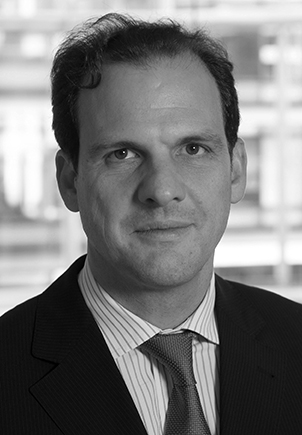 Prof. Dr. Thomas Werlen is the Managing Partner of the Swiss office. Thomas is recognized as one of the top attorneys in Switzerland reflecting his unique experience at the highest levels in law firms in New York and London, as well as in-house as Group General Counsel and Member of the Executive Committee of global pharma company Novartis. He has been involved as lead counsel in some of the highest profile civil and criminal matters in Switzerland.

Thomas regularly represents clients in high-stakes white collar matters. For instance, he has been representing a major sports organization in criminal investigations being pursued in the U.S. and Switzerland, as well as several major Swiss banking and financial institutions in matters adverse to Swiss and U.S. authorities in connection with the US Swiss Tax Program or with the fall-out of the “Panama Papers”. Thomas is also advising a number of high-profile clients in connection with 1MDB, PDVSA and Lava Jato related criminal and regulatory investigations, including major financial institutions in Switzerland and a large Swiss-based commodities trading company.

In the dispute resolution context, Thomas is representing clients from various industries -  including but not limited to the financial industry, the commodity industry, international sports, the industrial & high tech sector and the arts and entertainment industry -  in litigation and arbitration proceedings. Amongst others, he recently advised the majority shareholder in a multibillion cross-border acquisition dispute, a Swiss private banking group in a series of complex financial and regulatory disputes in the U.S., Europe and Asia as well as a number of clients with regards to the enforcement of contractual disputes. Thomas is also providing strategic and legal advice on important business decisions to several ultra-high net worth individuals and their companies. He is representing a number of foreign clients with respect to potential civil and criminal claims in Switzerland and across Europe in connection with enforcement of their rights.

In the area of international sports, Thomas has become a well-known name in representing clients in a number of high-profile cases, including in the areas of soccer, boxing, basketball, Formula 1 and Formula E.

Thomas is recognized among the country’s top lawyers and has been repeatedly recognized by Switzerland’s leading business newspapers as such – including by the Financial Times, Neue Zürcher Zeitung, Bilanz, and Handelszeitung, who described Thomas as “among Switzerland’s foremost litigators” , among “the select elite of Swiss business lawyers”, and “highly experienced in cases involving prosecution by both US and Swiss authorities”. Clients praise Thomas for his “ability in high-stakes negotiations” and describe him as a “stellar operator” and a “goal-oriented litigator”, who has “a rapid understanding of complex situations and an excellent network” (Legal 500).

Prior to joining Quinn Emanuel, Thomas served as Group General Counsel and a member of the Executive Committee for Novartis. Acting in this capacity, he oversaw a global team of over 750 people spread across 140 jurisdictions, covering all areas of litigation affecting a multinational company with a U.S. listing in the heavily regulated pharmaceutical industry. Recognizing his transformative work at Novartis, Thomas was awarded the Golden Peacock Global Award for Corporate Governance, named a finalist for “In-House Lawyer of the Year” by The Lawyer and a “transformative in-house lawyer” by The Financial Times.

Before joining Novartis in 2006, Thomas was a Partner in the U.S. law group at the Allen & Overy London office, covering U.S.-related derivatives, capital markets and M&A transactions for European-based clients. Prior to that, he was associated with Cravath, Swaine & Moore and Davis Polk & Wardwell in New York and London, respectively. During this time, Thomas’s practice covered a wide range of areas, including banking, debt and equity capital markets transactions (both SEC registered and 144A), public and private M&A transactions, structured finance, derivatives and regulatory capital- related issues. He was repeatedly named as one of the leading U.S. international capital markets practitioners by various leading magazines.

Thomas holds Lic. iur. and Dr. iur. degrees in law from the University of Zurich and a Master's Degree from Harvard Law School. He has been a member of the Zurich bar since 1991 and a member of the  New York bar since 1997.  In 2012, the University of St. Gallen appointed him as "Privatdozent" (habilitated lecturer) for finance and capital markets law.

In June 2017, Thomas Werlen was appointed co-director of the Executive Master of European and International Business Law (EMBL) Program by the University of St. Gallen.

Since 2012, Thomas has been a Member of the Panel of experts for P.R.I.M.E. Finance. In 2013, he began serving on the Appeals Board of the SIX Swiss Exchange AG. Due to his expertise in developing corporate governance and legal strategies across the globe, Thomas regularly appears as a panelist or keynote speaker at international seminars and conferences, features on TV and radio shows and attracts regular press coverage.